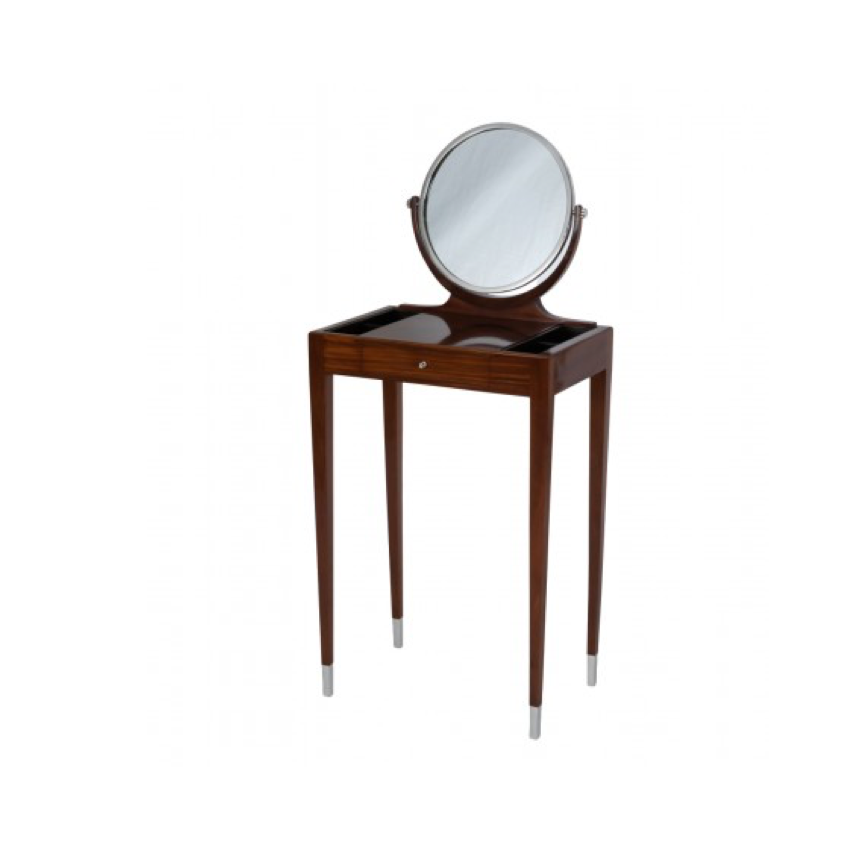 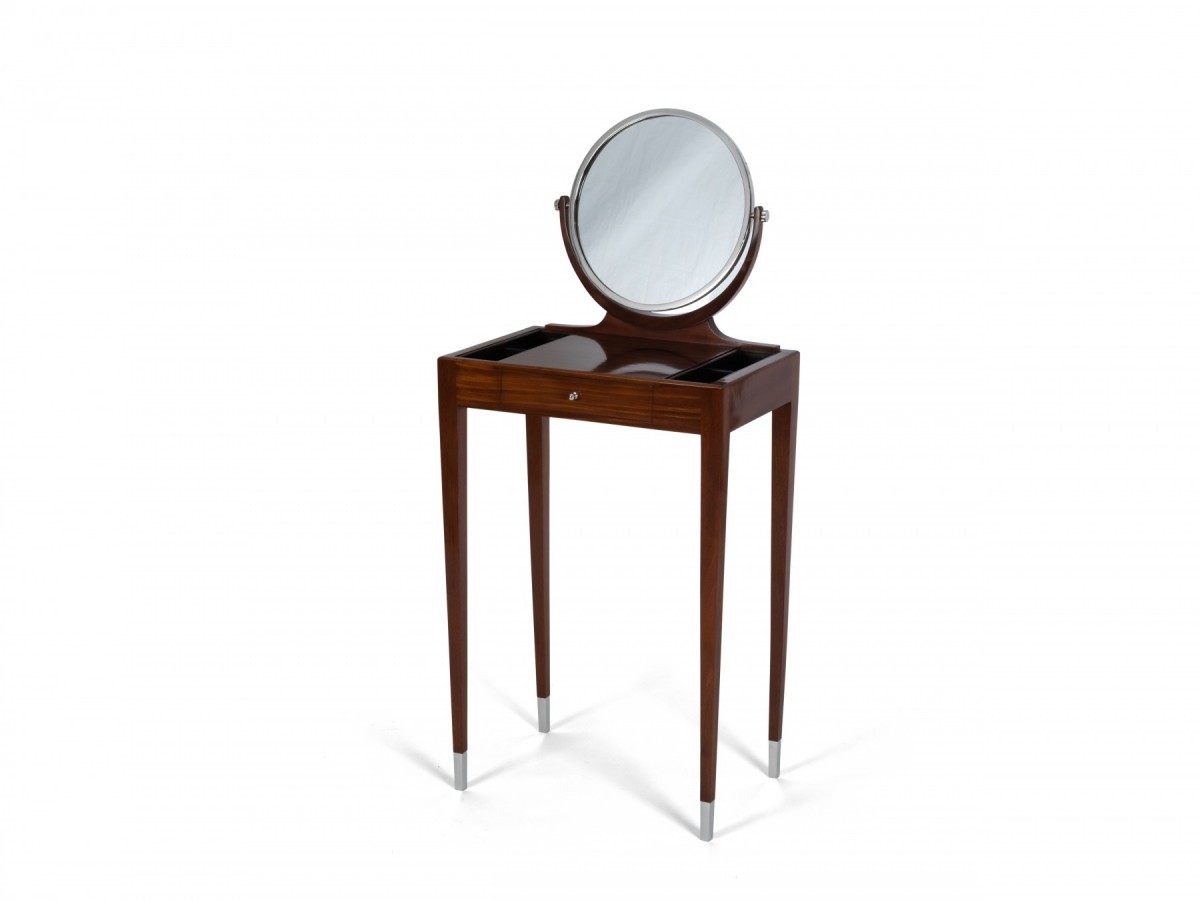 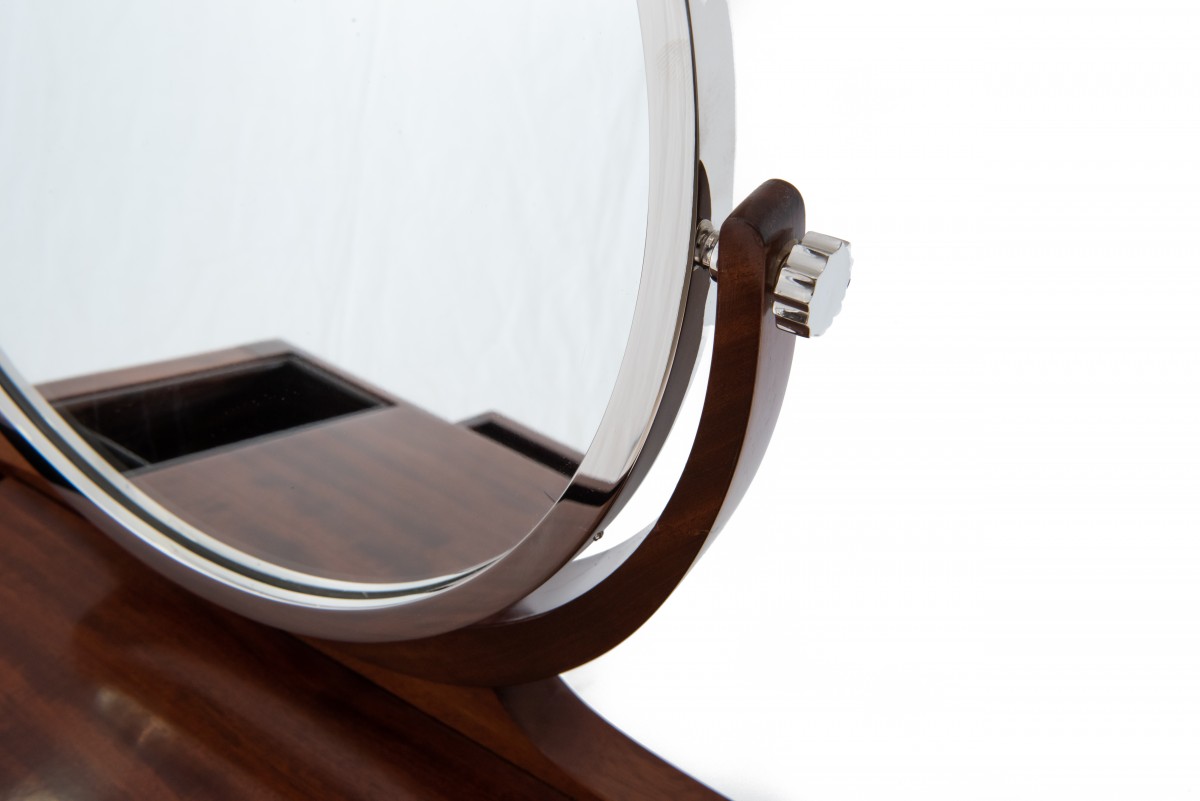 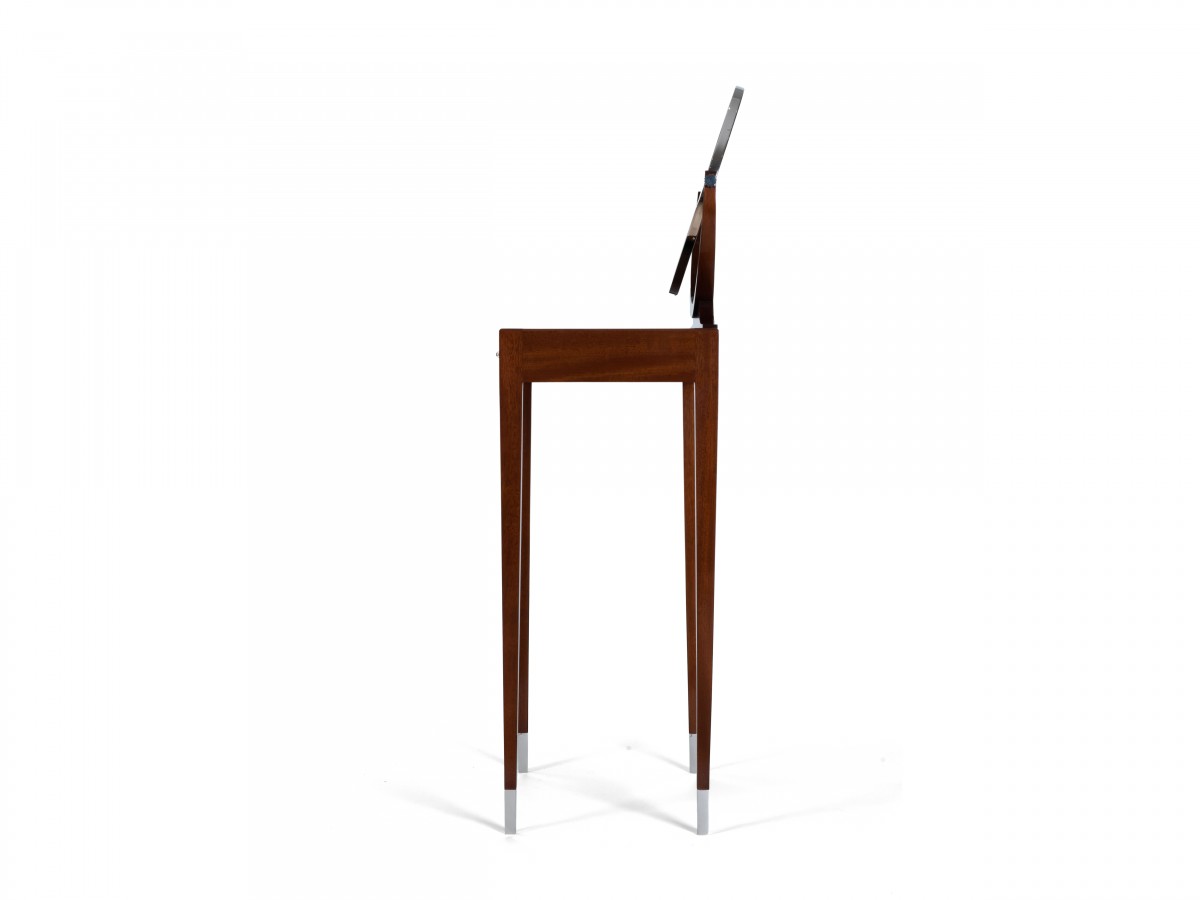 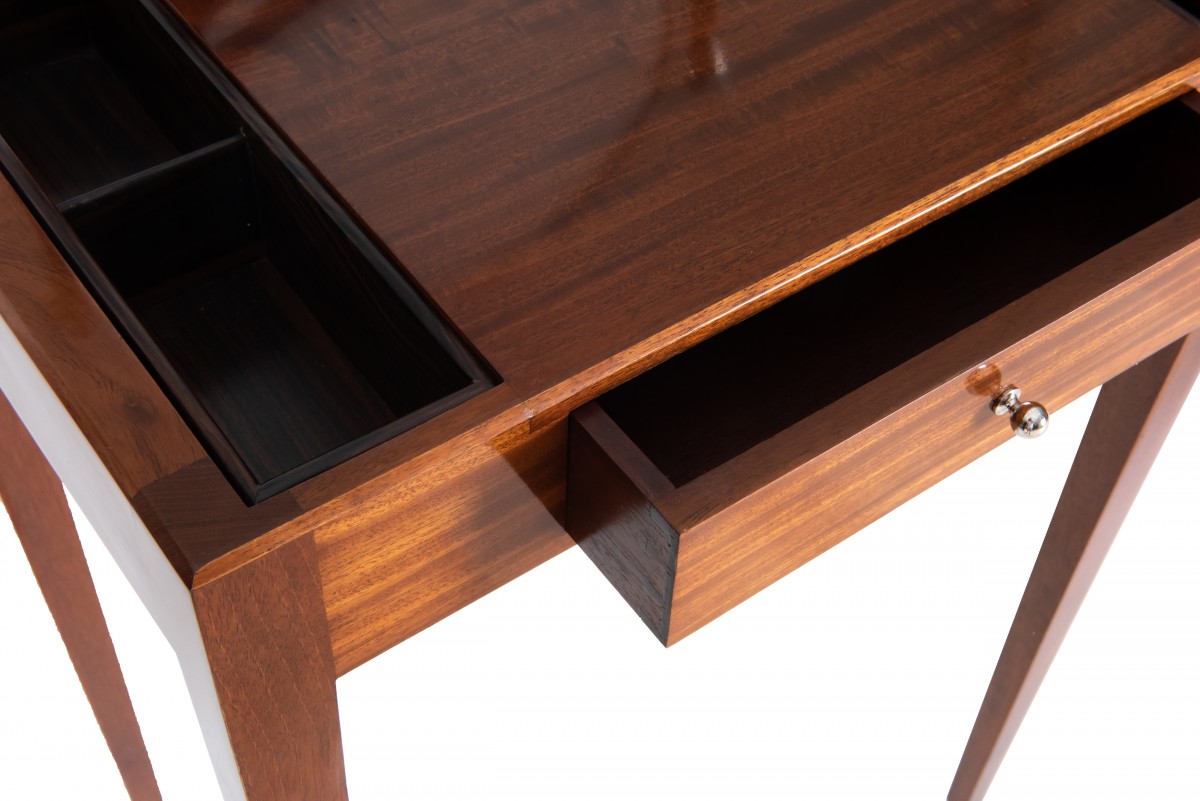 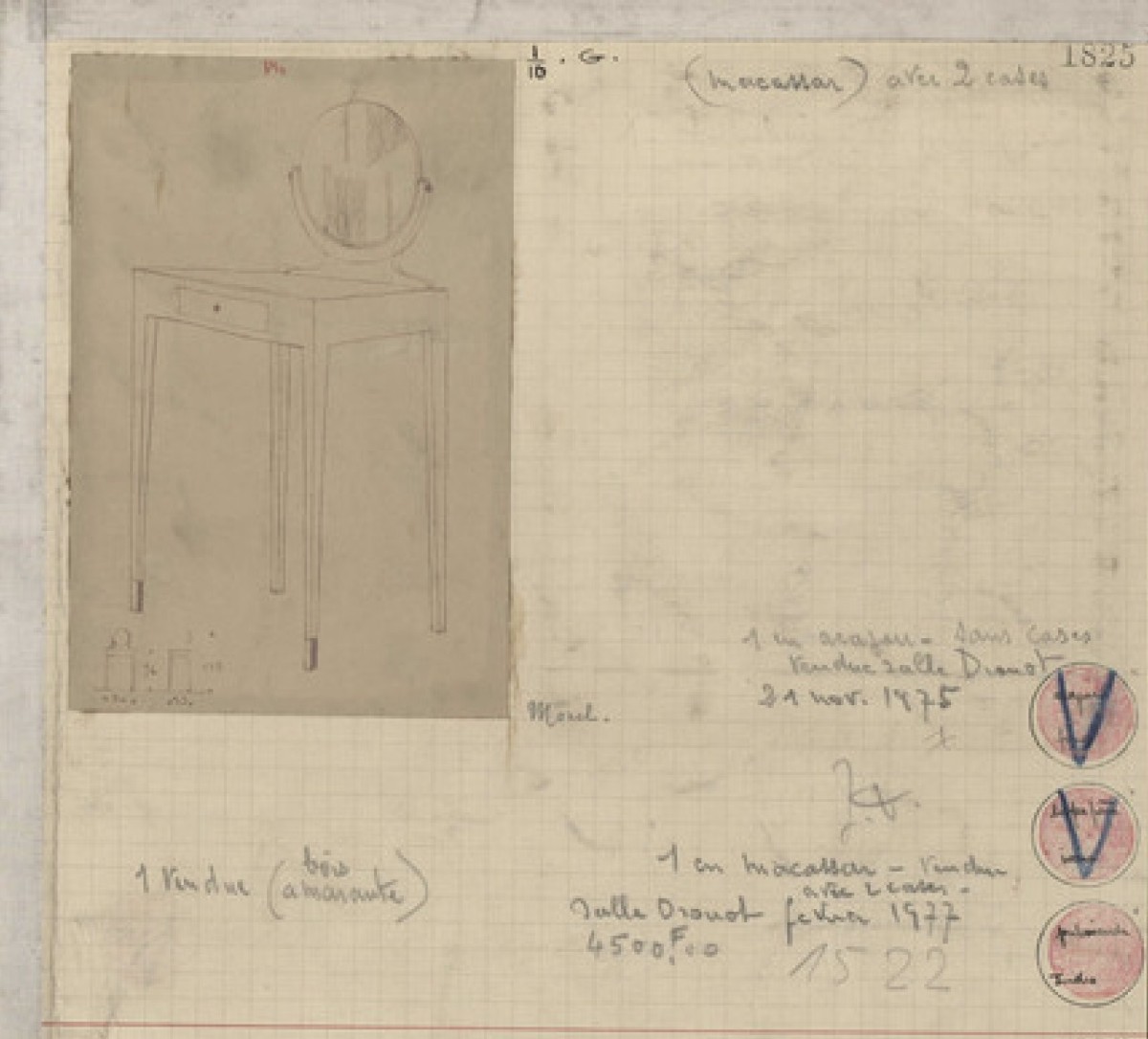 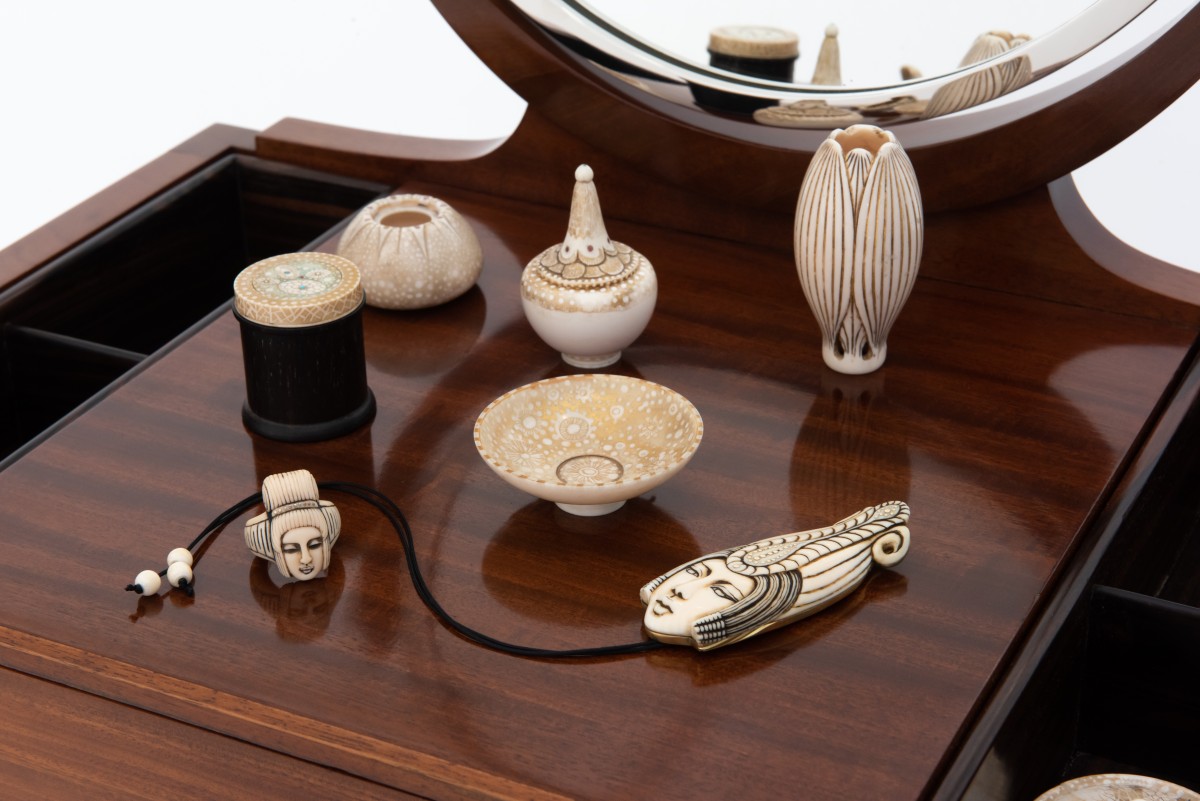 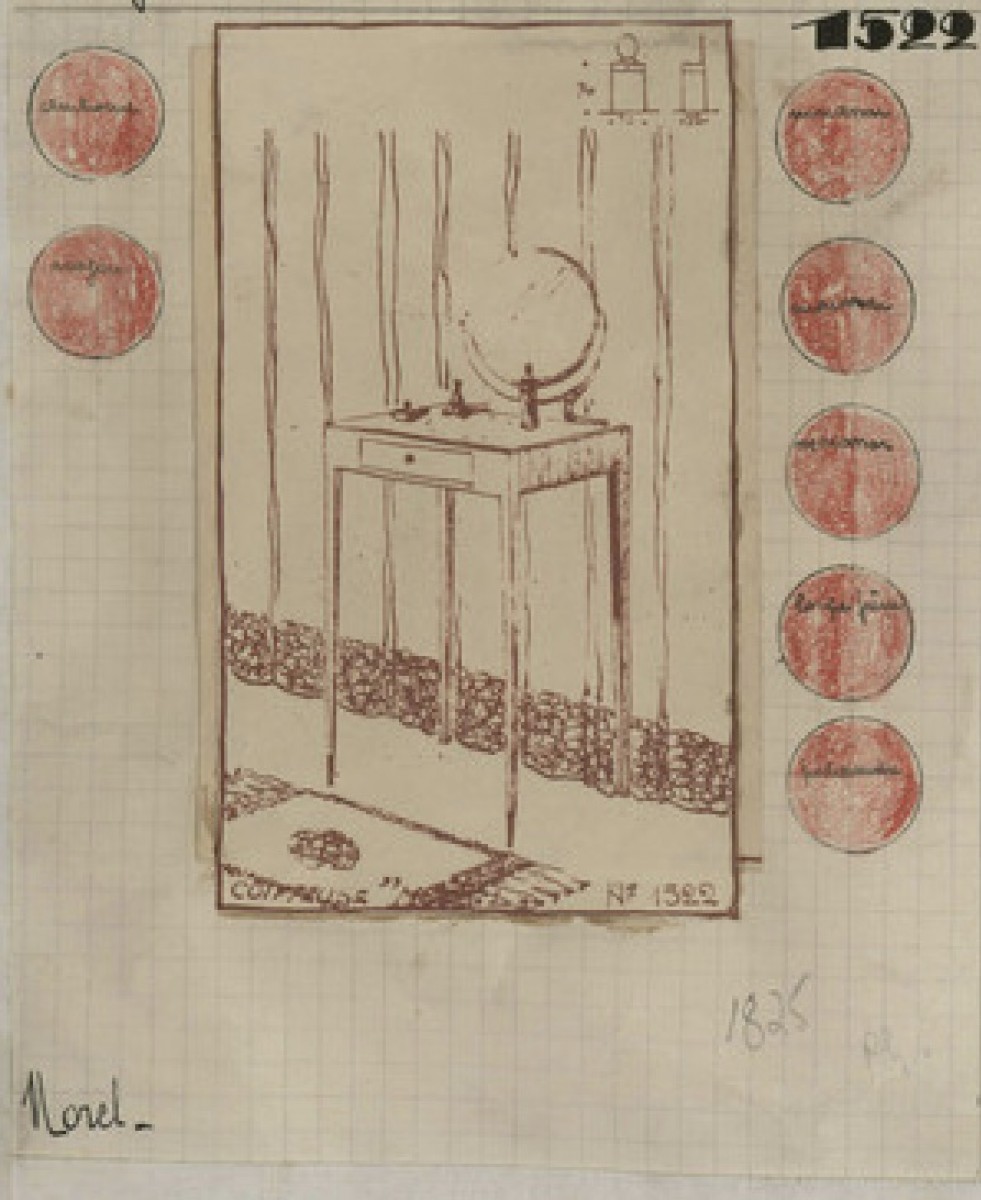 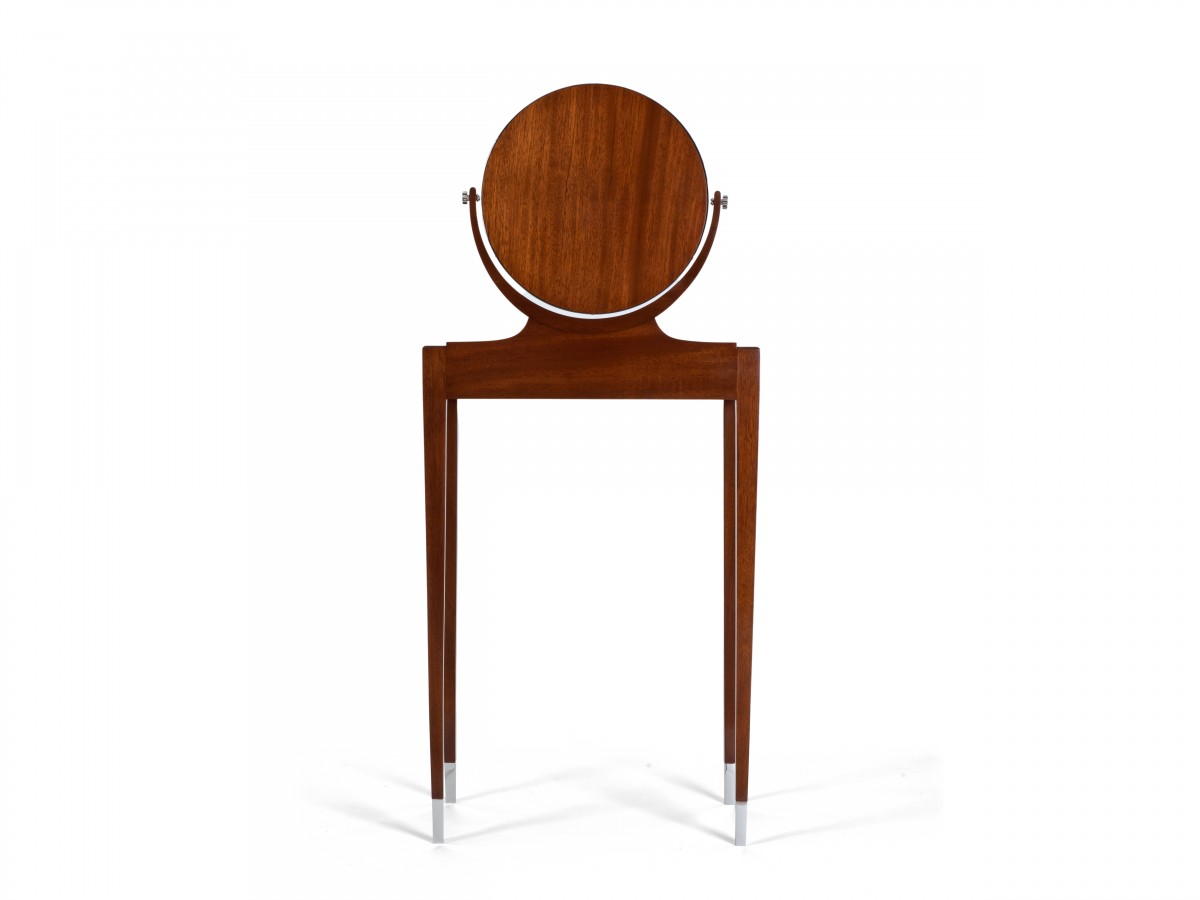 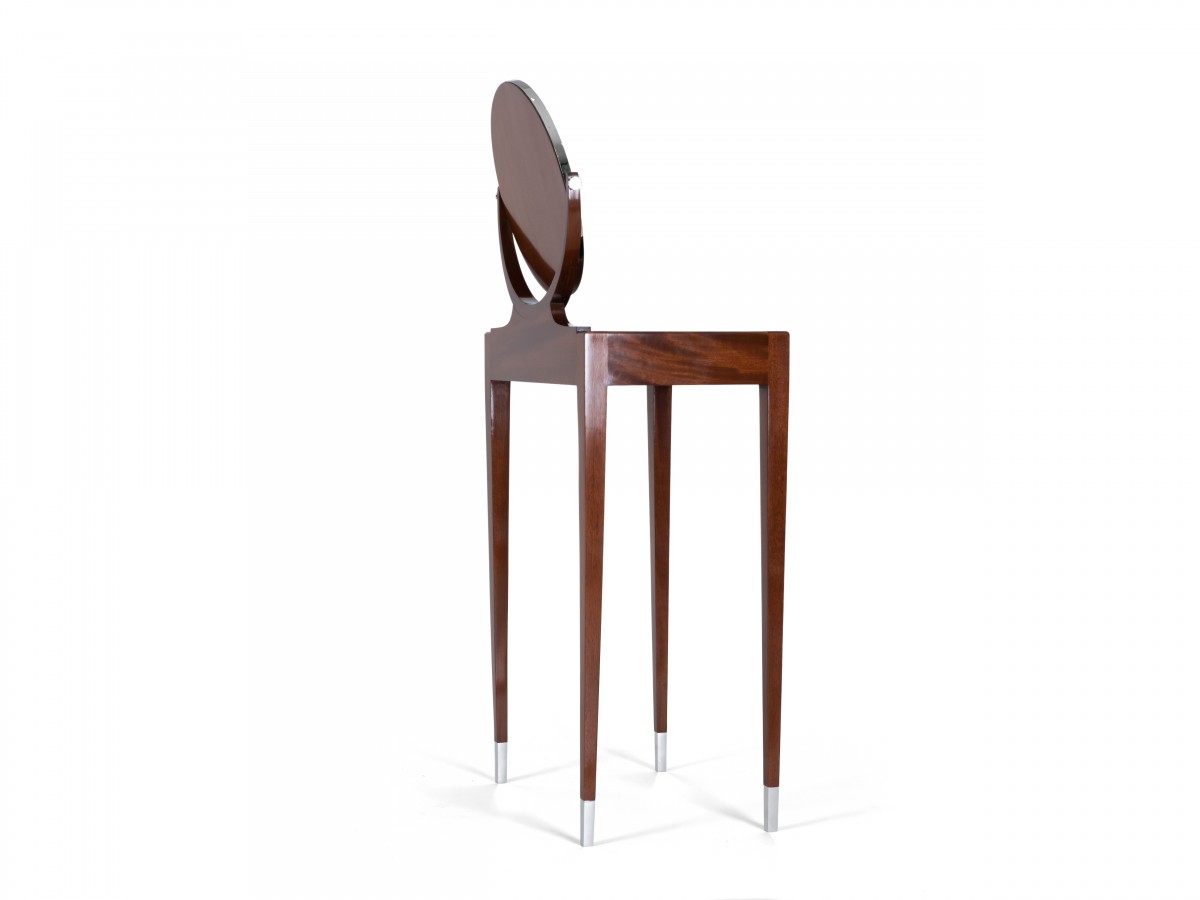 Morel Dressing Table Mahogany veneering on an mahogany structure. The case is equipped by a drawer on the face. The plate is mahogany veneers and is framed by two niches. The central tilting mirror is circled of bronze silvered. The whole is supported by four spindle feet strengthened of silver bronze clogs. Circa 1920.

History:
Descendant of a French aristocratic family, the Morel de Tangry, and son of the architect Jean Désiré Ernest Morel (1859-1923), Jean-Marie Morel (1892-1974) is the architect of the towns of Bergues, Gravelines, Wormout …
In 1937, with Barbotin, he designed the Flemish village for the Paris International Exhibition.

For his training, Jean-Marie Morel entered the Atelier Pascal in 1911 and was admitted the same year to the École Nationale des Beaux-Arts in Paris. Mobilized in 1914, wounded and discharged in 1917, he returned to his school before leaving in 1919. He then joined Jacques-Émile Ruhlmann and became one of his main collaborators with architects such as Baudrier, Le Même and Haranger and designers such as Stephany, Huet, Bougenot and Lautelin. Together, they created the immense reputation that Ruhlmann would have as one of the best furniture designers and decorators of his time. Jean-Marie left the master’s workshop in 1923. Throughout his life, he would be proud of and regret this exceptional apprenticeship, which he called his “pink period”. He was also an excellent watercolourist and the author of skilful drawings.